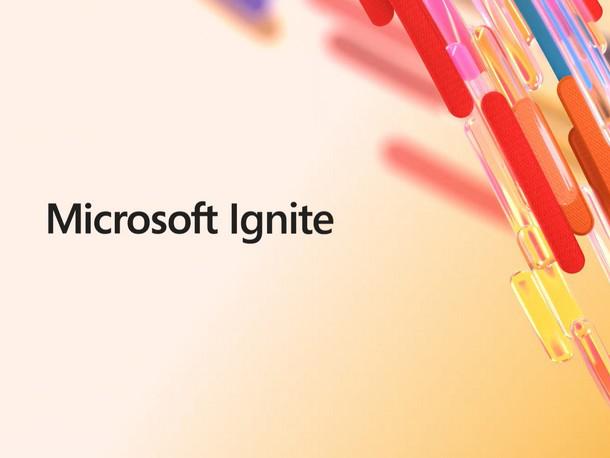 The Latest From Microsoft Azure

Expanded security features in Azure Active Directory, more ways to use Azure Arc to build applications in any environment and improved tools for Azure-related migrations and data analytics are among the upgrades Microsoft revealed this week during its Ignite virtual conference for fall 2021.

At Ignite, Microsoft’s conference for developers and IT professionals, tech giant is unveiling new and improved capabilities around databases, artificial intelligence, developer tools, security and other solutions that are part of the Azure cloud platform.

“With the Microsoft Cloud, we strive to provide the most trusted and comprehensive cloud to make this innovation and transformation happen,” said Kathleen Mitford, Microsoft’s corporate vice president of Azure Marketing, in a blog post Tuesday. “That’s why organizations of all types — from small businesses, governments, and non-profits to Fortune 500 companies — trust Microsoft as their technology provider.”

He and his customers like Azure’s capabilities, Yeh said. But as Microsoft continues to invest in the cloud, he wants to see improvements in controlling security policies. More templates to make implementing best practices easy and cost effective or even a simplified view of all policies in a security operation center (SOC) interface would be welcome additions, he said.

“If they had something like that, that‘d be sweet,” he said. “It would make it super easy to implement in a very secure Azure environment. They do have security systems and security add-ons, but it’s not as cookie cutter as they could make it.”

This week’s conference is the second edition of Microsoft Ignite this year, with the company previously holding a virtual Ignite 2021 conference in March.

What follows are 10 big Microsoft Azure announcements to know about at Microsoft’s Ignite fall 2021 conference.

As part of a group of updates to Azure related to artificial intelligence (AI), Microsoft Azure Cognitive Search gained support for more than 50 languages for select users.

The tech giant launched updates to its Azure Cognitive Services suite, including invitation-only access to OpenAI’s GPT-3 models for security, compliance and other enterprise capabilities on Azure, according to Microsoft.

Microsoft now offers a commitment tier pricing model for the suite for more predictable costs for high-volume users instead of the current pay-as-you-go model. Microsoft will also give discounts to customers that make regular payments upfront for a set capacity, according to the company.

Microsoft has made various updates to Azure’s capabilities for databases and data analytics. One update includes new features for Azure Cosmos DB with the goal of making Apache Cassandra data migration easier, according to the company.

To accomplish this, Azure Managed Instance for Apache Cassandra is now generally available, with an automatic synchronization feature to allow hybrid data running in the cloud and on-premises, according to Microsoft.

All Azure Advisor users can now create alerts for throughput spending limits to control spending, according to Microsoft.

In terms of updates for Azure Synapse Analytics, a set of industry-specific database templates in the studio experience is now in preview. So far, templates for retail, consumer packaged foods and financial services industry are in preview, according to the company.

A new deployment option for Azure Database’s fully managed database services for MySQL and PostgreSQL will be generally available this month, according to Microsoft. The Flexible Server deployment option aims to prevent data loss, optimize costs and increase productivity in Azure.

Azure SQL Managed Instance has new performance and security features. Generally available is increased storage to 16 TB on the general purpose tier. An increase in storage on the business critical service tier is in preview, according to the company.

SQL Server 2022 is in gated preview. It integrates with Synapse Link and Azure Purview for more predictions and data governance at scale. Users can choose their languages and platforms, including Linux, Windows and Kubernetes.

Among the updates to Azure tools and features aimed at developers is a preview later this month of the Azure Communication Services SMS short codes.

With the goal of improving the experience of multi-platform users, the new short code functionality aims to unlock high message volume delivery for businesses, helpful for two-factor authentication, promotional campaigns, appointment reminders and other use cases, according to Microsoft.

Azure Communication Services interoperability with Microsoft Teams will become available to all in December. Developers will have new abilities to streamline voice, video and chat between users on custom-built applications, websites and Teams.

Microsoft launched a preview of a fully managed, serverless container service for microservices that scales based on internet traffic, events and long-running background jobs. The service, called Azure Container Apps, aims to allow developers to build and deploy containerized applications without a complex infrastructure.

Now generally available for Azure Logic Apps Standard users is managed identity support for various built-in operations and connectors. New updates in preview for the tool include running Logic Apps on Azure Arc to avoid Azure storage dependencies, an ability to connect to enterprise-grade, vNET-enabled connectors and automation tasks for event replication at scale for business continuity and disaster recovery for Event Hub and Service Bus.

Azure Web PubSub will become generally available in December to support real-time client and server connections at scale, according to Microsoft.

Updates to the Azure DevOps services suite include general availability of the free DevOps Workflow Generator tool to allow users to visualize the entire DevOps toolchain. A preview of an OpenID Connect integration between Azure Active Directory and GitHub Actions aims to eliminate management of long-lived cloud credentials in GitHub’s secret store and it aims to prevent downtime due to expired credentials, according to Microsoft.

Microsoft has launched a preview of Azure Virtual Desktop for Azure Stack HCI and a new autoscale feature for AVD to schedule session host starts and stops.

Microsoft has also made generally available Dv5 and Ev5 Azure Virtual Machine and new Dav5 and Eav5 Azure VMs. A preview of Ebs v5 Azure VM is expected in the future.

Another generally available feature is a new VMs selector feature for users to specify workload, technical specifications, region and other categories.

Generally available updates to Azure Monitor include EventHub integration for network isolation alerts and enhanced troubleshooting for Azure Firewall and VPN Gateway. A preview is now available of OpenTelemetry support in application insights. 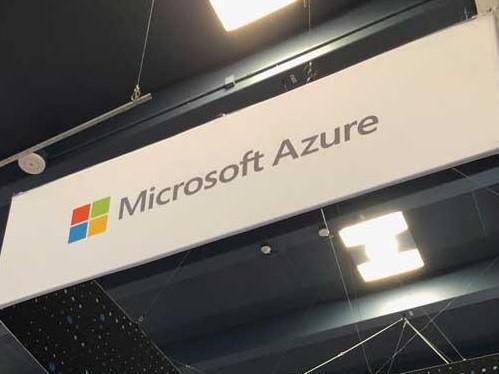 A preview of Azure Virtual Network manager allows select users to manage virtual networks across subscriptions while scaling cloud workloads, according to Microsoft.

Microsoft has made new Azure ExpressRoute features generally available, including IPv6 support for private peering, more ciphers and functionalities in MACsec and new support for virtual network peering through the FastPath feature.

The platform offers a library of faults due to agents or services plus continuous validation to monitor production quality.

Azure AD has a new preview for the ability to migrate more applications from Active Directory Federation Services (AD FS). The update aims to simplify how administrators manage identity and access for more application types, according to Microsoft.

The tool’s Conditional Access policies now include new granular access controls with a device filter, a new dashboard and other features.

AMMP has provided support to thousands of customers around applications, infrastructure and data, according to Microsoft. The expansion includes new assistance and guidance for Azure Security Center, Azure Defender and Azure Arc deployment.

AMMP is the renamed Azure Migration Program that provides customers guidance and best practices for migrating to the cloud. AMMP received new support for Azure Spring Cloud and Azure Cosmos DB in the summer, according to Microsoft.