Microsoft revealed Windows 11 during an online event on Thursday. The announcement comes almost six years after the introduction of Windows 10, which is the world’s most widely used PC operating system, with over 1.3 billion devices using it.

Windows, which represents over 10{1f0cc4060f4fe9fc982bbd4bbe2778698630254e28c6e7cd32c637f8f4aaee17} of Microsoft’s revenue even as the company has grown by selling cloud services, became more critical during the pandemic as people stayed home and spent more time with Windows 10 for school, work and gaming. Microsoft reported higher Windows revenue from consumer PCs — but Apple’s Mac revenue also rose, and shipments of PCs running Google’s Chrome OS skyrocketed.

During the event, Microsoft:

Microsoft rival Apple, in particular, faces a fair amount of developer and regulatory scrutiny over its fee. Microsoft also announced a way to install Android apps on Windows PCs through Amazon’s Appstore platform.

“Today this world needs a more open platform,” Microsoft CEO Satya Nadella said, suggesting that big apps on Windows can become platforms of their own, another shot at Apple. — Kif Leswing

Microsoft said Windows 11 will support Android apps through Amazon’s app store. That means popular apps that people already use on phones will be available right on the desktop, in the Start menu and more.

But, notably, the Amazon App Store doesn’t offer Google’s popular Android apps like Gmail, Maps and other Google services. And according to Joanna Stern at the Wall Street Journal, you’ll need to first sign in to your Amazon account to download those apps.

Still, it could be huge for Microsoft’s ARM-based Windows efforts, since those apps are already designed to work on mobile processors.

Notably, this is similar to how Apple’s Macs that run on its new M1 chip support iPhone and iPad apps. It shows how mobile apps, which people use all day long on their phones, are jumping to our desktop computers across both major platforms, Windows 11 and macOS.

Microsoft is bringing some features from its Xbox consoles to Windows 11.

Windows 11 will include automatic HDR, which adjusts the lighting and color in a game to make the images more vivid. It needs supported games and the right equipment.

The company is also promoting Xbox Game Pass, the company’s game subscription that gives access to a lot of different titles for a monthly fee, especially Microsoft-owned titles like those from Bethesda.

These features was previously available for the latest version of Xbox consoles.

Microsoft Teams, the company’s videoconferencing and chat software, is getting a big update to make it more like a systemwide messaging app.

During the presentation, Microsoft revealed an interface that puts chats in standalone windows. Frequent contacts appear as a pop-up on the start bar. It’s also getting more videoconferencing features and appears easier to jump right into a video call like you would using FaceTime or Messages on a Mac.

Panos Panay, Microsoft’s chief product officer, described the new operating system as “the Windows that brings you closer to the things you love.”

There are rounded corners, new desktop wallpaper and a centered Start menu featuring applications and files recently used across a variety of devices, along with a search box. The Windows icon has also been spruced up to be a simple square with four equal-sized panes.

“Today marks a major milestone in the history of Windows,” Microsoft CEO Satya Nadella said. “It’s the beginning of a new generation.”

There’s also Windows Widgets, a repackaging of a feature containing news, weather and other information that was introduced to people testing Windows 10 builds in the past few months. The Widgets feature uses artificial intelligence to offer personalized content, and it can be shown on the entirety of the screen with a swipe from left to right.

Windows 11 will include “snap layouts” that make it easy to move application windows into preset configurations. A new “snap groups” feature in the task bar is a group of the apps people were previously using. And when Windows 11 users reconnect additional monitors to their PCs, the operating system will remember which apps were being used before.

Microsoft is incorporating its Teams productivity app directly into Windows, Panay said. The addition comes months after Microsoft adding a way for people to quickly start video calls in Windows through its Skype app.

For people who are using the operating system without a keyboard — like on a Surface touchscreen PC — the company is making it easier to adjust the size of app windows. For those using a stylus, the company is incorporating haptic feedback. The virtual keyboard that shows up onscreen has also been redesigned.

Microsoft also revealed a revamped app store, which Panay described as “the safest and most secure way for you to get your apps on Windows.” The app will make room for more traditional Win32 applications, along with Progressive Web Apps and Universal Windows Platform apps, and developers can use their own commerce systems. Apps can be in the store without Microsoft taking a share of revenue from sales of applications.

Plus, Android apps are coming to Windows, by way of the Amazon Appstore, and can be accessed from the task bar, Panay said. That builds on efforts through the Your Phone app to let owners of certain Samsung Android devices run their Android apps on Windows.

The operating system will deliver more performance in browsing the internet in Microsoft’s Edge browser, which will enable longer battery life. Updates will be 40{1f0cc4060f4fe9fc982bbd4bbe2778698630254e28c6e7cd32c637f8f4aaee17} smaller, Panay said.

And there will be fewer updates: one per year, instead of two per year with Windows 10.

Panay told viewers of the livestream to buy “Windows 11-ready” PCs, which will become available later this year. Computers must meet new hardware requirements in order to run the new operating system. For one thing, Microsoft said, “Windows 11 Home edition requires an Internet connection and a Microsoft Account to complete device setup on first use.”

The PC Health Check app from Microsoft can show Windows 10 users if their PCs are eligible to upgrade to Windows 11, free of charge. The upgrade will start to become available through the Windows Update section of the Settings app this holiday season and continue through 2022. People who want to try an early version of Windows 11 can access it starting next week through the Windows Insider Program. 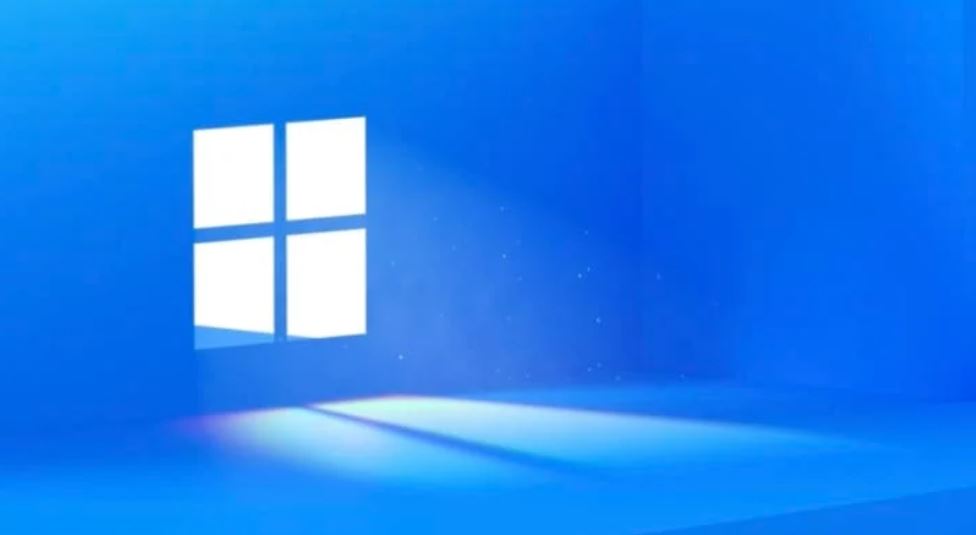 We’re about to get a peek at what’s coming next to Windows. There may not be many surprises, thanks to a leak last week of what appeared to be an early build of an operating system called Windows 11.

Last week, some media outlets reported on a leaked build of an operating system called Windows 11. The release showed rounded corners for application windows, refreshed animations and a Start menu located in the center at the bottom of the screen, among other changes.

The leaked build didn’t include an updated version of Microsoft’s built-in Windows app store. The overhaul to the Store app will probably arrive alongside the Windows refresh, Windows Central said in April. Thursday’s event is a logical time for Microsoft to go over that.

Microsoft declined to comment on the build’s authenticity. But we’ll know more about what the software looks like after the event begins at 11 a.m. ET.